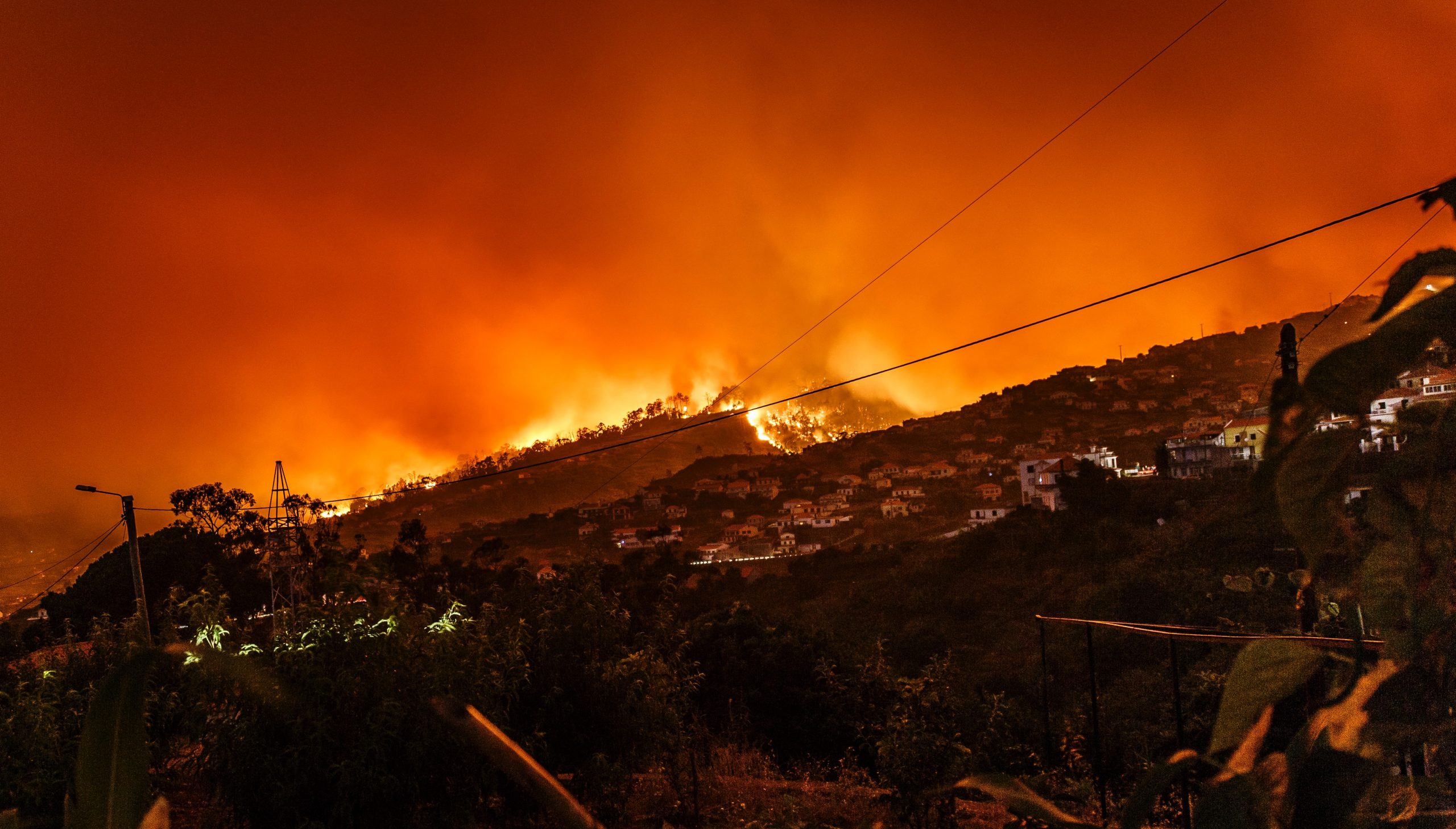 Fire Tornadoes and Bomb Cyclones and Thunder Snow, oh my!

I have been successfully investing in real estate for over 20 years and, as such, have learned to adapt. “When times change, so must we.” Well, folks, the times they are a-changin’. More specifically, the climate is, and as it does, we face new considerations when researching locations for investment.

As climate change becomes more and more pronounced, weather phenomena grow in intensity. And worldwide, new forms of weather have begun to hit areas for the first time. “Why is this important?” my wonderful readers may ask, and I’m so glad you did!

Changing weather patterns and events should change how you view the safety of an investment in the long term because they directly impact insurance rates and availability. Knowing these factors in the areas you may be considering gives you more information to maximize successful investing.

We decided to make a list of these odd but intense displays of power from mother nature to provide more information to you, the sharp investor. Below we’ll detail these climate change-driven events and where they are most likely to occur in the United States.

Without further ado, check out this list of 7 bizarre but all-too-real weather phenomena to consider before you invest.

Fire tornadoes are exactly what they sound like. They form inside wildfires and literally create their own weather systems! As the fire’s heat intensifies, pockets of hot air rise forming long columns. Wind swoops in horizontally from all directions around the column, which starts an air current rotation.

As smoke rises from the fire, it forms clouds and stretches the column of air upward, causing the rushing winds to accelerate to tornado strength. These wind speeds become strong enough to rip a nearly 50 ft. (15 m) tree right out of the ground.

Fire tornadoes are most common in the southwest. In 2018 a fire tornado near Redding, CA reached wind speeds over 140 mph blowing over steel towers and ripping the roof off a home killing three people inside. With global temperatures rising, increasing drought, and larger fires, we can expect to see more of them.

Unlikely name, right? Believe it or not, that is a real meteorological term describing a cyclone whose atmospheric pressure drops dramatically really fast. This process is called “bombogenesis.” The name makes a lot more sense now, right?

These climate change-driven storms hit hard with intense rain, snow, heavy winds, and flooding. They are most familiar to the Pacific Ocean region, where they have plenty of room to build.  But have been known to affect the Atlantic coasts as well.

In October 2021 a massive bomb cyclone struck the Western U.S. and Western Canada. Wind speeds reached as high as 159 mph with 42 inches of snow causing over 370,000 power outages, more than 400 million dollars in damage, and killing at least two people.

Think of this as sneaky snow since Thunder Snow can be both hard to see and hear due to the muffling and blinding nature of a snowstorm.

Ordinarily, snowstorms involve very flat and shallow clouds lower than 20,000 ft with mild or no updrafts. This calm condition allows snow to form and drift safely down to the surface for you to catch on your tongue.

However, instability in a storm can lead to the development of bumps, or internally circulating winds, inside the flat snow clouds. This, combined with strong high-altitude winds, create ideal conditions for snowflakes and small hailstones to form and bounce around. The bouncing generates electrical charges that can discharge as lightning followed by thunder.

Because Thunder Snow can be hard to see or hear, people don’t always know to get inside for safety. In 2002, four teens in Maine were injured when Lightning from a Thunder Snow storm struck the hill they were sledding on. With climate change on the rise, thunder snow occurs most commonly around the Great Lakes region, the Great Salt Lake, the Midwest, and the northeastern area of the U.S. and Canada.

A polar Vortex is a large low-pressure area of cold arctic air spinning clockwise above both the Earth’s poles. While there is both an arctic and antarctic polar vortex, the arctic polar vortex is the only one to affect the U.S. directly and so will be where this article focuses. The size of the vortex shrinks in the summer and grows in the winter, sending cold air south on the winds of the jet stream. The vortex is normally held at bay by jet streams which are relatively narrow bands of warm air circling the globe in a westerly direction.

The Polar Vortex, driven by escalating climate change, was responsible for the North American Cold Wave of 2021 that brought record lows to The Northern States and subzero temperatures from Dallas to Oklahoma City, which experienced their coldest temperatures since the 1890s!

With the climate change warming temperatures at the poles, the temperature difference between the jet streams and the polar vortexes is decreasing. Because of this, we can expect the Polar Vortex to wobble its way further down south more frequently in the very near future.

Long heat waves that follow dryer-than-normal rainy seasons provide perfect flash drought conditions. Flash droughts, increasingly common due to climate change, are most familiar to the North Central States, the Ohio River Valley, and the Pacific Northwest. While Flash Droughts are most common in these areas, they are beginning to affect more and more of the U.S.

As climate change continues to affect the length and intensity of heatwaves and even the likelihood of precipitation, the U.S. can count on experiencing more and more of this phenomenon.

Simply put, a Derecho is a fast, wide, and straight-moving windstorm. It is commonly associated with rapidly moving showers and thunderstorms.

Wind speeds in a Derecho move at 58 mph as a minimum! These intense squalls are capable of tornado-strength damage and can leave a path of destruction over 240 miles long! In fact, tornadoes, and sometimes waterspouts, can actually be embedded in a Derecho producing concentrated areas of even greater damage.

Derechos are most common in the corn belt of America and an area stretching from the southern plains into the mid-Mississippi Valley.

A duo of Derechos ravaged the Ohio Valley in April of 2022. The first boasted wind speeds over 166 mph and caused over 51 billion dollars in damage. The second unleashed 59 tornadoes and massive flooding to the already devastated region.

Derechos need hot and humid conditions to form, and researchers are now beginning to link climate change-driven rising temperatures to an increase in the appearance of these terrifying tempests.

Just as the name implies, these are long and relatively narrow flows of moisture in the atmosphere that resemble a river in the sky.

Atmospheric rivers come in all shapes and sizes, ranging from 250 to 375 miles wide, and can be more than 1,000 miles long. These rivers in the air transport moisture from the tropics and carry it, moving with the weather, to land in cooler regions in the form of rain or snow. If an atmospheric river begins near Hawaii, it is referred to as a Pineapple Express.

Atmospheric rivers mainly affect the western states and account for about 50% of their annual rainfall. Weather associated with these events contains heavy snow and heavy rain, which can lead to flooding and mudslides.

Haboob comes from the Arabic word “habb” which means to blow. Haboobs form in thunderstorms when hail and rain become too heavy for the updrafts of warm moist air. The falling precipitation causes air to cool, sink, and crash into the ground blasting out in all directions traveling dozens of miles at speeds over 60 mph! This blast of air is called the outflow, and if it moves across a desert or dry plain, it can pick up dirt and dust creating a haboob.

A haboob can lift this dust as high as 10,000 ft, be 100 miles wide, and last as long as three hours. Haboobs most commonly affect arid desert climates like the southwest. But as global temperatures continue to rise and rainfall becomes more sporadic, we can expect to see bigger and more powerful such storms throughout the midwest.

One such storm tore through Nebraska, Iowa, South Dakota, Minnesota, and North Dakota in May of 2022. With wind speeds as high as 97 mph this massive storm caused emergency road closures, crop and field damage, and even overturned trees and vehicles.

Heat domes are created when tropical Pacific Ocean temperatures rise during winter contributing more hot air to summer weather. This creates a high-pressure system in the atmosphere over the Pacific Ocean. This high-pressure system traps the air still heating over the ocean like a dome, hence the name. As the heated air travels east, it gets trapped over the land creating a heat wave.

Heat domes affect the west coast of the U.S., and their frequency is increasing, from only two per year on average prior to the 1960s to six per year by 2020. While heat domes do occur naturally, the effects of global warming make them more frequent and more intense.

In September of 2022, the western U.S. was hit by a particularly harsh and long-lasting heat wave caused by a heat dome that stretched as far as western Arizona and southern Nevada putting more than 61 million people under extreme heat advisory warning. Heat is the leading cause of weather-related deaths in the U.S. making the rising frequency of these events a terrifying reminder of the crisis we all face.

While increasingly dramatic weather may make looking for areas to invest in seem more daunting, it is possible to stay ahead of disasters with knowledge.

Plan your investments wisely and look for areas that have created formal plans to deal with the climate crisis as it grows. Look for communities forecasting how water resources, climate migration, and these new weather phenomena will affect them.

To better prepare yourself to deal with this crisis, check out this book (FEARLESS). Learn how you can continue to make safe and solid investments and stand without fear amid the chaos.

link to How Are IBuyers Changing Real Estate?

How will Rising Sea Level Impact My Property? According to climate scientists at Virginia Institute of Marine Sciences, 40% of the world population lives within 100km (62 miles) of an ocean. Every...