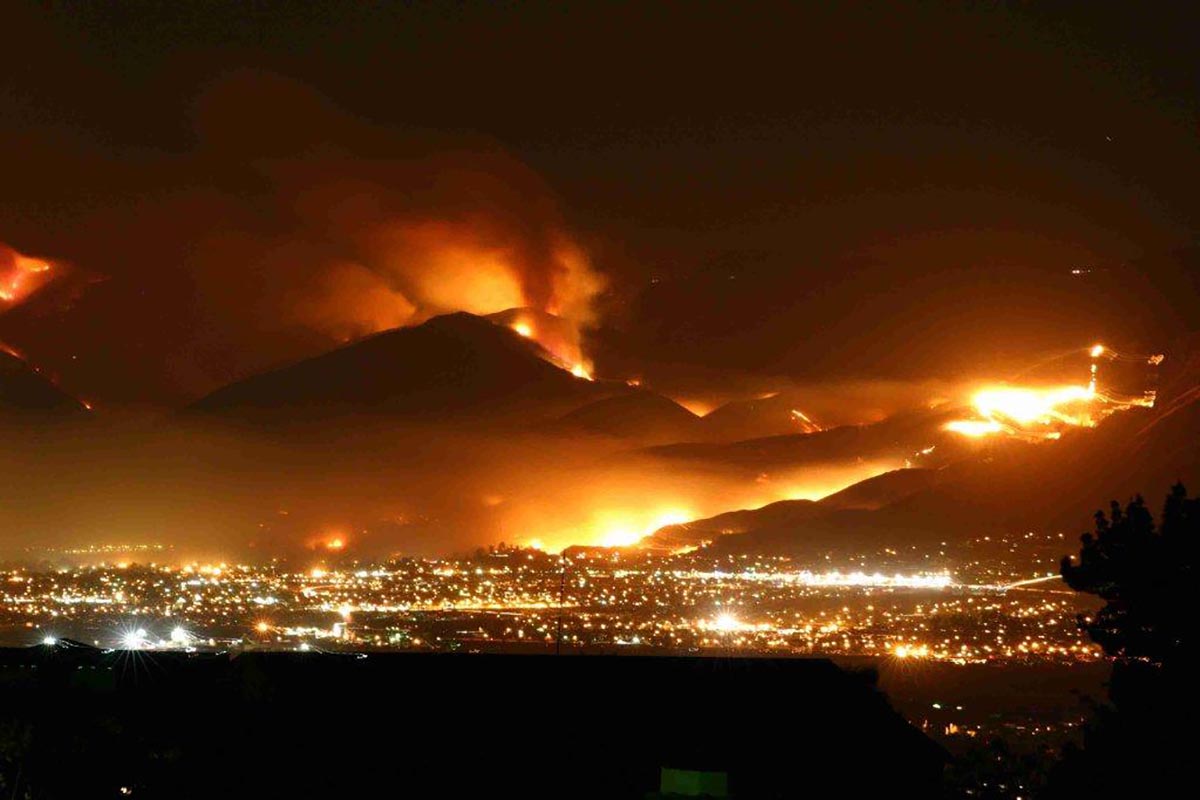 California is on fire.

I’m a sad witness to its tragic incandescence.

It is burning up and down this long, tall beautiful state.

I look at the statistics. Almost 200,000 acres have burned in California in this year alone.

Yes, California is on fire.

Fire can be a terrifyingly beautiful image. The captivatingly powerful hideousness of hillsides flaming in gloriously vibrant hues. Teeming with the intensity of thousands of licking tongues in tangerine, ochre, amber, bronze, or cider, pumpkin, honey and apricot, strikingly captivating against the India ink midnight sky presenting as a canvas of carnage, enthralling to watch for its grotesquely annihilating power.

But the enthralling richness of those eye-searing colors is a vivid portrait of utter devastation.

Have you ever been trapped by fire?

It is a terror of unimaginable proportion.

When everything around you is aflame the entire vision scape before you blurs into a visage harkening to the inferno of Dante’s nightmare world, inescapable, unrelenting, damning. Burning bits, like furnace shot shrapnel flies about you, seemingly flung by some malevolent force, winding around you as if ensnaring you.

Once fire begins its rapid, teasing, frenetically taunting dance around you, closing in on you with sinister aggression, trapping you, sucking all the oxygen, crippling your ability to breathe, to think, to flee, peril turns to panic, panic to paralysis.

A whooshing, breathing, crackling, popping, roaring, deafening specter tormenting you at every turn. It whips you with blistering winds seeming to wrap around you, a frightening cloak of scorching embers. Everything everywhere you look begins to drip with falling flames. They whisk all around you, mocking you, nicking you, searing you, daring you to try to get away.

Realizing you are trapped, surrounded, encaged in a blazing pyre you are filled to your brim with a panic so raw it shears away something you may not have even realized you had, a pretense of invulnerability.

Fire taunts you, like a cat toys with a mouse.

Your every move feels like another route toward prayerful safety or primitive fright.

Wildfire is just one of many perils climate change brings to bear on the places we occupy.

Everyone is dependent on real estate in one way or another.

Land feeds us. You must have land to grow small and large-scale crops and raise animals.

Land houses us. You must have land to build homes, apartments, living spaces of all types.

Land clothes us. You must have land to raise animals, build factories, stores and create jobs.

This brings us to the concrete reality that real estate is also a business, and as such, we all understand and recognize that any business has its ups and downs.

But climate change is not just a series of ups and downs.

It is a dramatic, evolving and permanent shift in the world as we know it.

We cannot turn back time or change what is already in process.

Every industry will be transformed. Every business will be altered.

But my industry is real estate and so my concern for the last several years has been: How will climate change affect me, my investments and my strategies for investing for the future?

Let’s talk some solid numbers. These numbers to not include any of the previous consecutive years of devastation. These stats are just about the CURRENT fires burning in California:

But those are just California’s current stats. What about the United States as a whole?

Well, according to the World Meteorological Organization this year alone (and this is only October) has seen:

But most significantly, there has been a

Understand, you do not have to be a victim to these changes. But to ignore them is to empower bedlam.

You can be a forecaster of well determined decisions about where to buy and why to buy by being aware of the shifting realities, paying attention to the changes occurring and recognizing how they are manifesting. This will allow you to make assertive choices about how you will address the tumult you recognize is happening.

Leave hesitation and timidity by the side of the road.

Keep in mind, the most powerful way to manage any significant shift is to actively acknowledge it, clearly examine it and then resolve to straightforwardly address it.